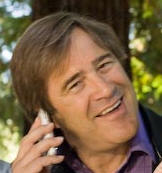 Bing Gordon joined KPCB after 26 years at Electronics Arts, where he was Chief Creative Officer from 1998 to 2008. Bing joined EA in 1982 and helped write the founding business plan that attracted KPCB as an initial investor, later heading EA marketing and product development for 16 years. Bing’s blog posts will focus on the gaming and social opportunities of this new platform.

I worked through the launches of several dozen meaningful game platforms since 1983, from the Atari 800 and C-64 to Playstation 3, Xbox 360 and Nintendo Wii…as well as some bumps in the road, like PC Junior, CD-I, Sega CD and Dreamcast. The iPhone 3G launch was as good as it gets. You go, iPhone!

Apple seems to have learned from history:

This is a spectacular new era for gamers and developers. Apple and other open platforms have unleashed a creative fervor that reminds me of the first days of computer games, with software being programmed in garages, dorm rooms and spare offices.